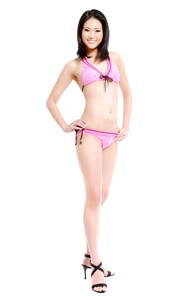 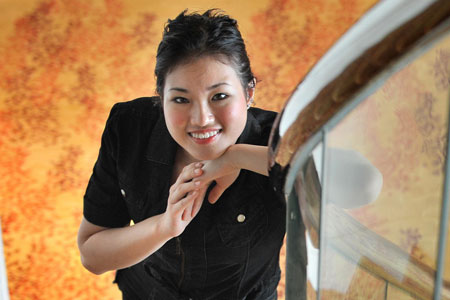 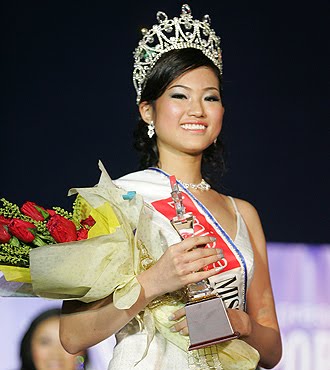 From Wikipedia, the free encyclopedia

Jump to: navigation, search
Ris Low was crowned Miss Singapore World 2009 on 31 July, 2009.[1] She stepped down on 29 September, 2009.[2][3]
In addition to winning the crown, Low was also named the following: Miss Community Ambassadress 2009, Miss Lumiere Ambassadress 2009, Miss Best Dressed 2009, Miss Dazzling Eyes 2009, Miss Photogenic 2009, Miss Crowning Glory 2009, and Miss Best in Catwalk 2009.[4]
Low, age 19 as of 2009, is currently taking up a diploma in Health Science, Hospitality and a diploma in Nursing at the Management Development Institute of Singapore.[5]
Low has been ranked as one of the 25 most influential people or groups in Asia in 2009 by a division of United States news network CNN. [6]
Low was recently appointed as a condom ambassador, to raise awareness about safe sex. [7]
//

Low has been criticized for her English-language skills. The organiser of the Singapore franchise of the Miss World beauty pageant, ERM World Marketing, defended Low’s winning of the crown. A representative said that Low had performed excellently throughout the competition and won eight special awards. The representative also claimed that a one-off fashion interview had misled the public into believing she spoke English poorly. During the final competition, “[Low] spoke perfectly good English, had a good answer, and performed very well to impress the eleven judges that she was good enough to win.”[3]

On 25 September 2009, it was revealed that she had been convicted of credit card fraud in May, 2009, and was sentenced to two years’ probation. She faced five charges of misappropriation, cheating using illegally obtained credit cards, and impersonating their users’ identities prior to winning the title of Miss Singapore World 2009.[8] Low was unaware of the fact that she needed to declare the offense, and only declared it two months after the pageant when she was required to sign a contract. Legal issues may be involved if Low needs to travel, and she may have her title revoked. Responses from netizens and some Singaporeans showed that most disapproved of Low keeping her crown. ERM World Marketing declined to comment on the issue, although an employee was quoted to have said “Singaporeans did not pay for (Ris Low)” when asked if Ris would keep her crown.[9]

On 26 September 2009, Ris Low revealed to The Straits Times over the phone that she has bipolar disorder.[10] In a subsequent face to face interview published by The Sunday Times, she revealed that she got her bipolar disorder officially diagnosed after heeding a suggestion by her lawyer to get a medical check up in the hopes of distancing herself from her wrong doings. She said it requires medication and psychiatric visits. She revealed that she has had the urge to steal since young and stole Pokemon cards once in Primary One. The act provided her with a sense of achievement: “that you’ve done something and you got away with it.” Her mother detected the problem when she noticed the growing collection of toys and taught her to count to ten and walk away when faced with the urge.[11]

After initially resisting calls to give up her crown, Ris Low voluntarily stepped down on 29 September, 2009. She felt that it would be better for everyone and that giving up the crown was the best choice she could make. ERM said it will be interviewing a new representative to represent Singapore at Miss World 2009 in the coming days and will announce who she is shortly.[2]

In December 2009, the 19-year-old began looking for sponsors for brand new three-in-one beauty pageant for Singapore. She had started to send out email messages to potential sponsors, such as malls and event organisers, spelling out details for the proposed event in the middle of 2010. The selling point, she wrote, is that three winners will be crowned at the same event – Miss Singapore, Mr Singapore and Mrs Singapore.[12]