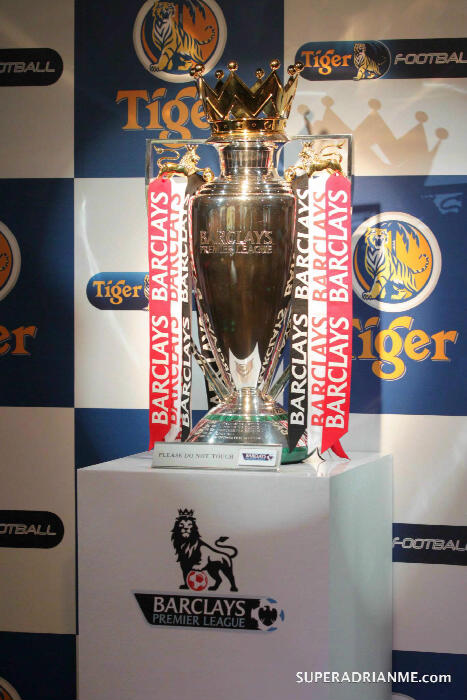 For more information, and to register, you can visit www.barclayspremierleaguetrophytour.com.

We got the chance to preview the trophy on Wednesday where Tiger Beer Singapore organised an exclusive preview session of the Barclays Premier League Trophy at Aquanova Restaurant Bar at Clarke Quay for its Tiger Season Ticket members.

Close to 300 local fans from the Manchester United, Liverpool FC, Chelsea FC and Arsenal FC supporters clubs, along with invited guests, were in attendance at the event to enjoy Tiger Beer and the wonderful photo opportunity with the Barclays Premier League Trophy.

More photos can be viewed here.