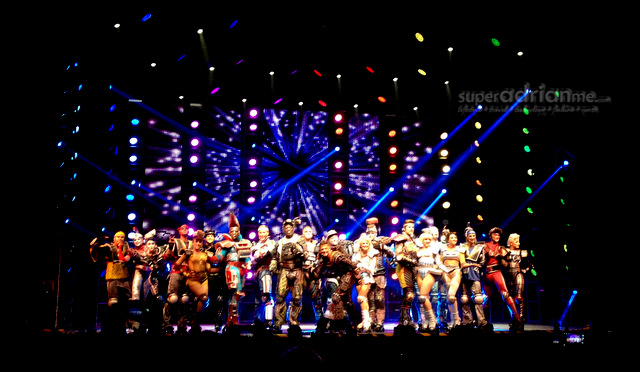 Starlight Express starts with a simple enough plot, a group of toy trains that comes to life inside the mind of a young boy. The story follows a group of toy trains that compete to be the fastest engine while trying to win the affections of the beautiful coaches they must pair with in the ‘heats’ or competition. Expect fast-paced action accompanied with catchy tunes.

The plot, although predictable, manages to weave a sense of nostalgia, whimsical and fun all at once. It is interesting how the nostalgic steam trains are made to go up against the electrical trains to find a champion and ultimate hero. Dazzling costumes, in particular those depicting the steam trains and the electrical trains, and actors performing flawless choreography on roller-skates make this a stunning visual piece. Special effects included 3D animated clips which surprisingly adds to the plot.