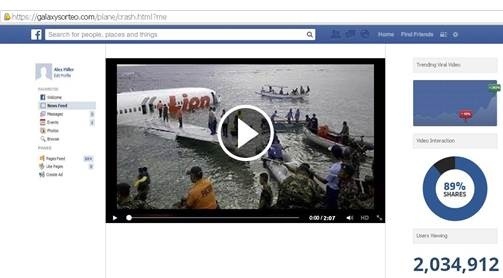 Cybercriminals have tricked unsuspecting victims with their schemes by riding on the online buzz about the disappearance of Malaysian Airlines MH370 on 8 March 2014.

Last Friday, online stammers used the news of MH370 to get Facebook users to click on malicious link that leads to a spoofed Facebook page. Shame on you scammers!!

Unsuspecting users who clicked on the link were taken to a spoofed Facebook page with a supposed “ready to play” video. Clicking anywhere on the page leads the user to another spoofed page and then you would be prompted to share the link so you can see the video. However, by sharing the link, the malicious link gets spread to others. And after sharing, you would be asked to verify your age – another survey scam. 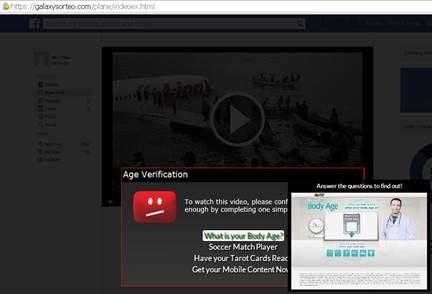 The site has been taken down and some 41% of clicks came from Asia Pacific.

Another executable file named “Malaysian Airlines MH370 5m Video.exe” has also be spotted by Trend Labs as BKDR_ANDROM.WRPX. Once you open the file from your computer, the backdoor downloads additional files and collects information such as your IP address.

The moral of the story is stick to credible news sites instead of relying on links shared on social media.