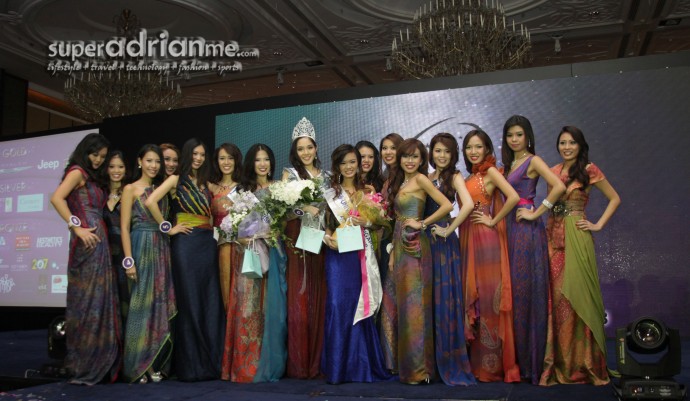 16 contestants age between 20 and 25 vied for the title last night strutting down the runway in Harley Davidson apparel, swimwear and finally Alleira Batik gowns.

Shi Lim is 176 cm tall, and her vital statistics are 33″26″34.  She is a Business Executive who enjoys dancing, reading, writing, playing the cello and travelling.  The tallest of the 16 contestants this year, she walks away as this year’s reigning queen continuing the tradition as a tall Miss Universe Singapore winner following the footsteps of past winners such as Valerie Lim (179cm).

During her interview session, the question posed to her was “If a footballer could make a lot of money, would you allow your son be a footballer in place of future education?”  Ideally she would try to find a balance in education and football since education helps one in critical thinking skills.  However, if her son has a passion for football she would support it.