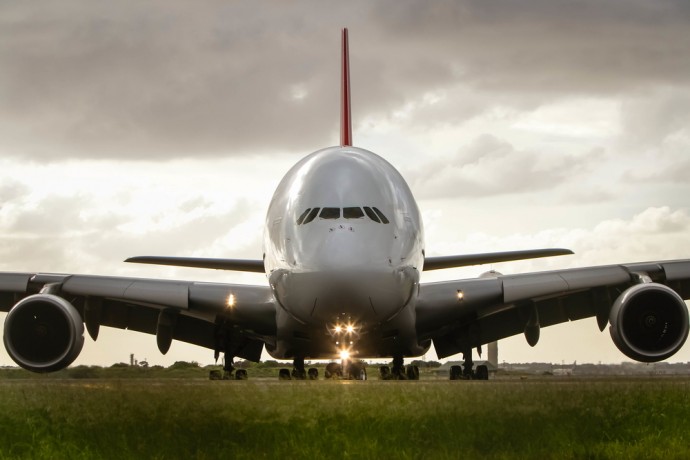 Earlier this year, I had the opportune of a lifetime as an aviation geek to visit the home of where Airbus’s A380 aircraft are assembled in Toulouse, France.  It was part of a tour which AirAsia X arranged before collecting their tenth Airbus A330 aircraft.  With a nice cool weather in the small town of Toulouse, where people are friendly and the pace of life was calming, Airbus assembles the A380s in a huge hangar separate from the assembly line of the other Airbus commercial aircraft models.

Qatar Airways will be the next airline to fly the Airbus A380 making its maiden flight ahead of an early 2014 debut on its flights to London and Paris. Qatar Airways’ A380 fleet will carry eight suites in First Class, 52 Business Class seats (similar to its existing Boeing 787 fleet), a lounge and a small economy cabin on the upper deck. The lower deck will carry only economy class passengers. Qatar has 10 A380s on order joining British Airways and China Southern with both the Dreamliner and A380.

On 13 September 2013, Air France took delivery of its ninth Airbus A380 with a capacity of 516 in 4 cabin classes.  It has nine seats in La Première, 80 seats in Business, 38 seats in Premium Economy and 389 seats in Economy. Air France will take delivery of its tenth aircraft in 2014.

Fun Facts about the Airbus A380