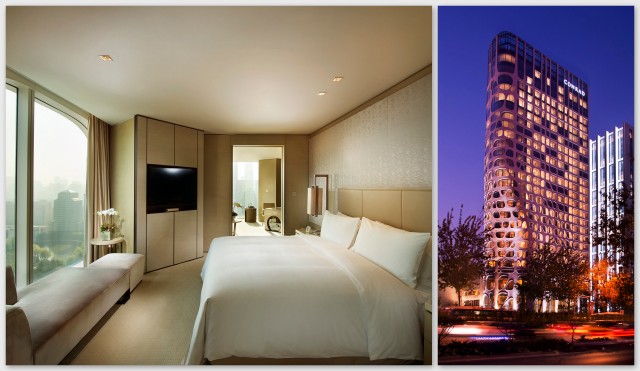 Conrad Beijing had its grand opening ceremony on 28 March 2013 making it the 12th Conrad in the Asia Pacific region and the third in China after Conrad Dalian and Conrad Sanya Haitang Bay.  The Conrad Beijing is located in the central business district of Beijing, approximately 20 kilometres from Beijing Capital International Airport and is also close to the embassy district.  Just a walking distance away are dining, entertainment and shopping hubs such as Sanlitun Village, Solana and Shin Kong Place.  Other attractions such as Tiananmen Square, the Forbidden City and the Temple of Heaven are a short drive away.

Conrad Beijing has 289 contemporary guest rooms featuring three-metre ceilings and floor-to-ceiling windows with picturesque views of Tuanjie Lake Park, CCTV building and a captivating Beijing skyline.   There are 77 executive rooms and suites with access to an exclusive lounge on the 29th floor serving complimentary breakfast, afternoon tea and evening cocktails.  Guestroom floors are accessible by key cards for the security of hotel guests.

All rooms are equipped with three pin sockets, iHome ID37 docking speakers for your iPhone or iOS devices, 46-inch flat screen TV, DVD player and in-mirror television in the bathroom.   You can enjoy your hot beverage from the in-room Nespresso coffee machine and a selection of teas.  Sleep comfortably on the 400 thread-count bed linens. 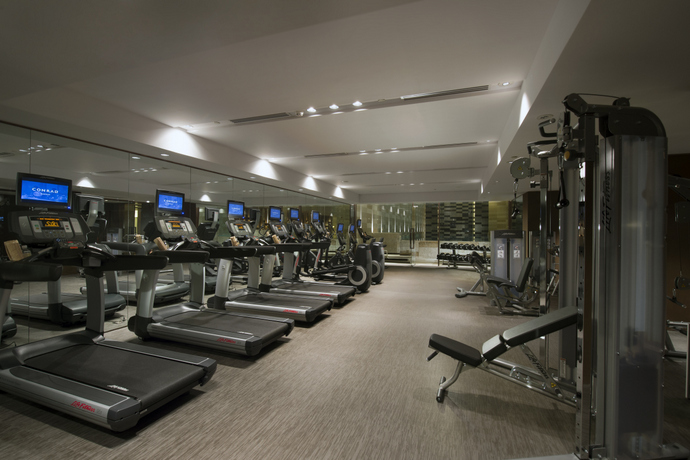 You can enjoy the recreational facilities which include a 25-metre swimming pool, fitness centre (opened daily from 6am to 10pm) equipped with the latest Life Fitness equipment and an on-site spa – The Spa at The Conrad 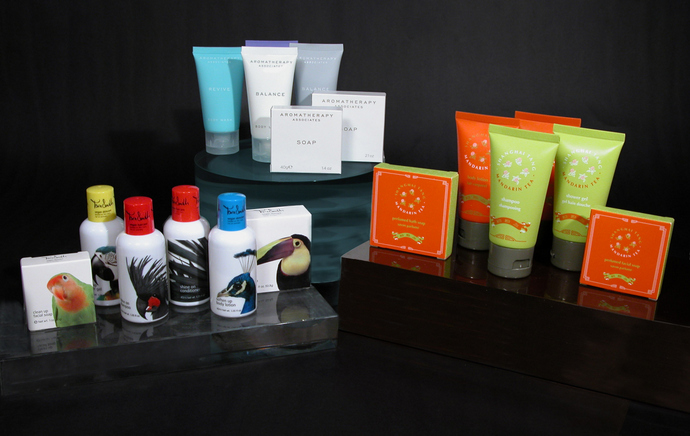 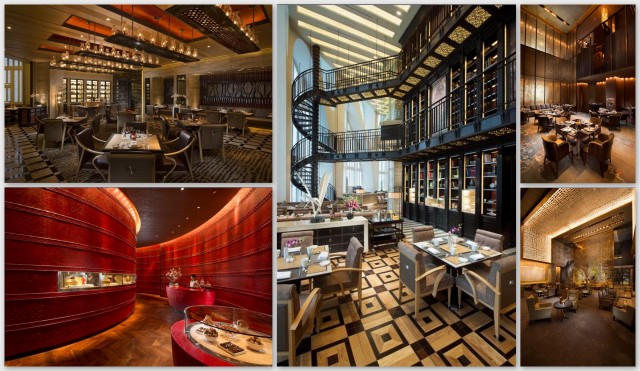